During a post-college backpacking trip around Europe way back in the 1980s, Adirondack Brewery owner and founder,
John Carr, became intrigued by the aromas and flavors he experienced in high-quality European ales and lagers.
After he returned to the States, John found it nearly impossible to find anything resembling the outstanding liquids
that he had tasted during his travels...so he decided to brew his own.

After ten years of successful homebrewing, and repeated beer requests from friends and family, John decided that
it was time to open a brewpub in the heart of Lake George Village. He set out to brew innovative, all-natural, great
tasting beer with one stipulation: it had to be "drinkable on a hot, summer day on Lake George." The Adirondack
Pub & Brewery became a hit with locals and tourists alike, appealing to those who enjoy drinking fresh, crisp,
locally-crafted ales and lagers. Since opening in 1999, the Adirondack Pub has become a year-round destination
for those seeking great beer and tasty, all-American comfort food. 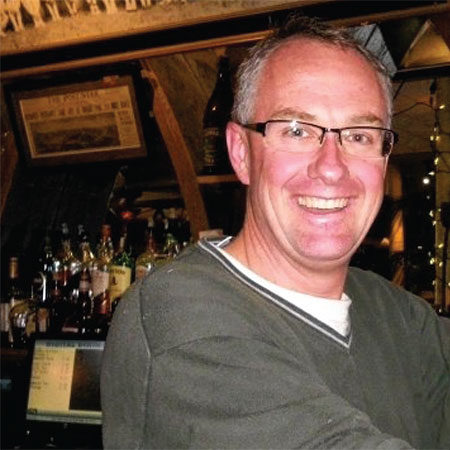 Adirondack Brewery is proud to have grown steadily over the years, having quickly graduated from Brewpub
to Micro Brewery status, according to the Brewer’s Association. Along the way, we have invested in larger
fermenters and bright tanks, a centrifuge, dissolved oxygen meters, and -- most importantly -- loyal,
dedicated staff, all of whom share our one overarching goal: to forever improve the quality of our beer.

They say all politics is local; that may or may not be true, but we sure think most good beer is. And here
at Adirondack Pub & Brewery, we have our own definition of "drinking local". It's the consumption of
hand-crafted lagers and ales, brewed and bottled on-site in Lake George, and featuring local ingredients
to the extent possible. As a local brewer serving friends and neighbors, we strive to ensure that our
beer is fresh and at ideal drinking conditions any time it hits your glass.

After years of self-distributing our Adirondack-inspired beer, we are now represented by several
NYS Distributors, who help us deliver our beverages and service to much of New York State. We continue
to grow, having recently announced further expansions in an effort to bring Adirondack beer to our
ever-growing body of fans. Don't worry though. We've never lost sight of our initial -- and ultimate -- goal:
to serve our neighbors a great tasting beer for hot summer days on Lake George.